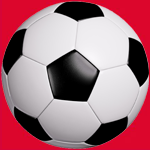 Häfele goes an exceptional way in the hardware and fitting industry by collaborating with leading German football club FC Bayern emphasizing its position as the leader in German products.

Mr. Volker Hellstern, Managing Director of Häfele (Thailand) Ltd. revealed that during its 24 years operation in Thailand, the company has determined to maximize customers’ satisfaction and develop the organization constantly to maintain its leading position. This year, Häfele is proud to present an exceptional partnership by aligning with German football giant FC Bayern to reflect a strong brand image of both, Häfele and FC Bayern. FC Bayern is one of the most popular football clubs with a distinguished team which presents the same unity and fighting spirit as the staff teams of Häfele.

To emphasize on its collaboration as the “Official Regional Partner”, Häfele plans beside the official launch many FC Bayern partnership related activities, events and promotions and as highlight surprising the football club fans by giving the chance to win a Meet & Greet with a football legend and watching a match at Allianz Arena in Munich.

FC Bayern München AG executive board member for internationalisation and strategy Jörg Wacker said today in Bangkok: “We are very delighted to welcome Häfele as our new regional partner. Both FC Bayern and Häfele stand for quality 'Made in Germany' and each has a strong presence in Asia. Both brands represent top performance and international strength, and are a perfect match.”

FC Bayern has the best success in the football by becoming champion in Bundesliga for 28 times, World Club 2 times, UEFA Champion League 5 times, UEFA Cup Winners 1 time. The football fans in Thailand compare FC Bayern with a strong tiger (“Southern Tiger”), which shows their passionate admiration and great respect of this giant German football club. Its home field is the Allianz Arena and FC Bayern is playing in the Bundesliga league in Germany and UEFA.